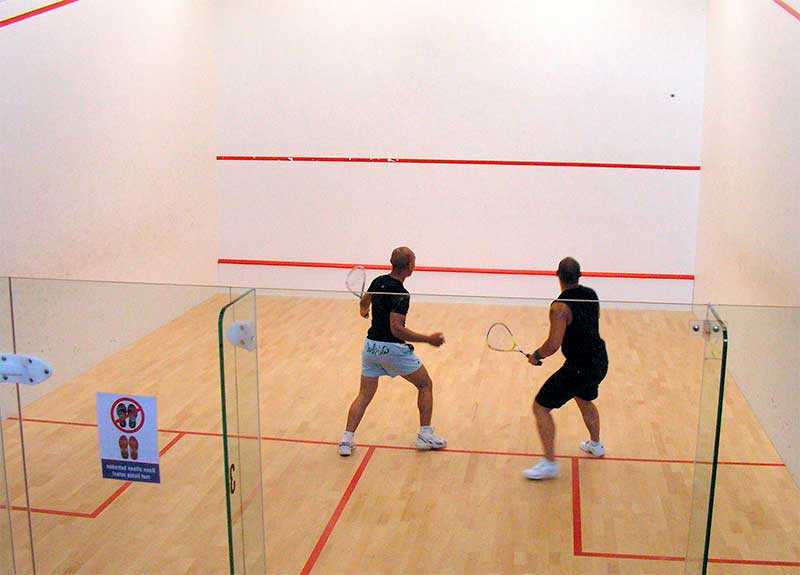 Like all racket sports, squash is played 1-on-1, with players taking turns hitting the ball and the aim of the game being to win the rally (which starts with a serve). Here are some specifics.

Otherwise, the ball is considered a fault, which must be called by the referee.

According to the Canadian Professional Squash Association some coaches and observers consider that the importance of the serve is underestimated: it should not simply be seen as a putaway, but as an opportunity to put the opponent in difficulty (as it is the only shot of which a player is in total control).

The first serve is designated by drawing lots (rotation of the racket and choice of the side on which it falls to the ground).

Players are allowed only one serve.

For the service to be correct:

Otherwise, the ball is considered a fault, which must be called by the referee.

The referee announces “change” before giving the score.

The Boundaries Of The Court

During the rally, the ball is considered a fault:

It is obviously tolerated that a referee uses the term “foul” for all these situations.

The service line and the ground lines are only used for service.

Each racquet sport has its own specific point scoring system. Since 2005 (2009 for women), official squash competitions have used the following system:

The correct order to follow when making an announcement is:

The authorities of the discipline advise all players to wear glasses or eye protection (which are compulsory for young players in competition). In addition, there are rules to ensure safety:

The player who has played the ball must make as much effort as possible to get out of the way after the shot so as not to impede his opponent.

If, during a rally, the striker is hindered in his movement to reach the ball or risks touching his opponent with the racket or the ball, he must stop play and ask for a let.

The referee determines whether:

Stay Up To Date With The Latest Events